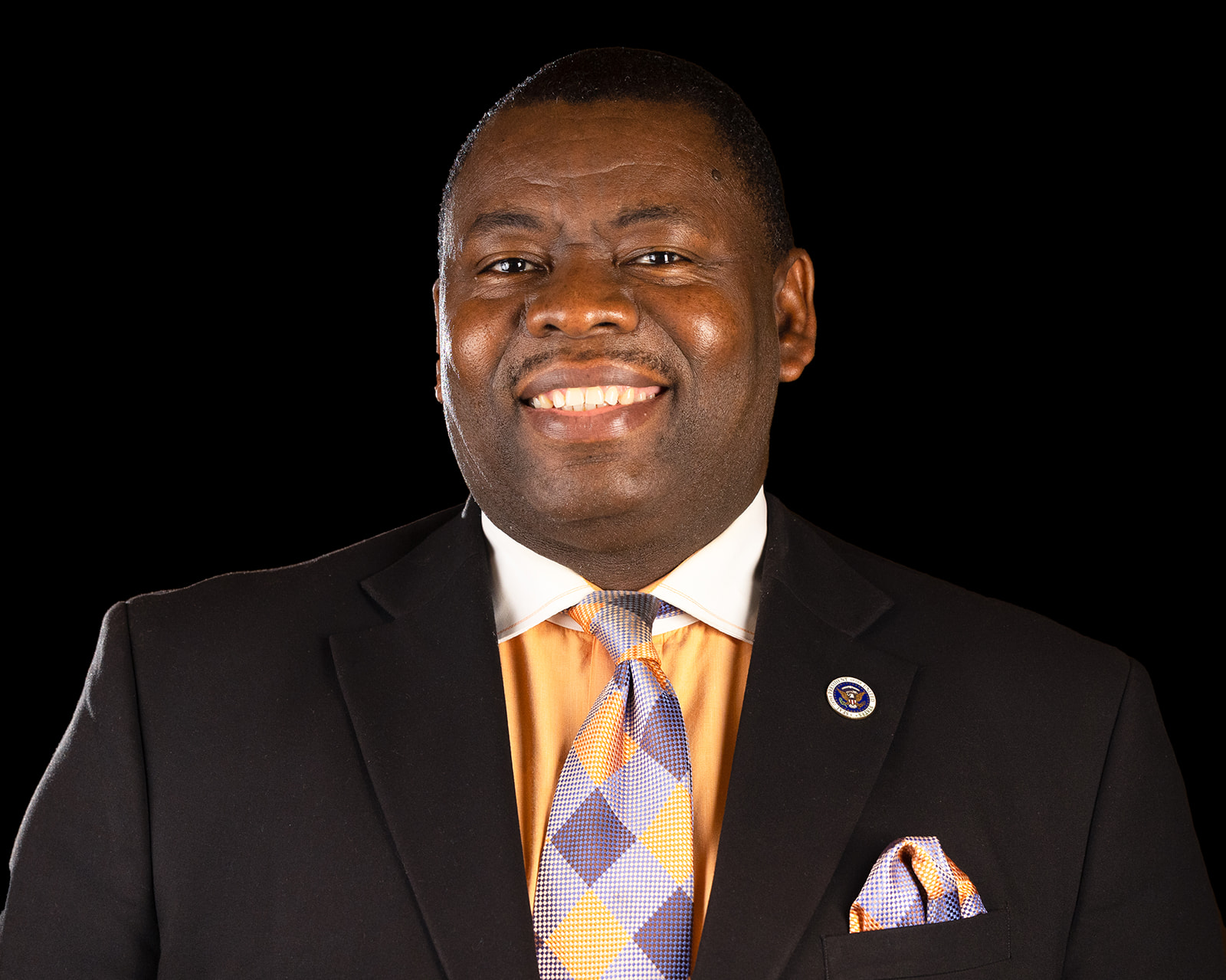 Elder Francis Adjei was raised in the Presbyterian Church and has been serving in God’s church all his life.  After moving to the USA, he joined the Assembly of God church in Silver Spring, Maryland where he worshiped for over 10 years.  He served as co-chair of the Welfare ministry for about two years after which he was elected by the general assembly to the church board as General Secretary, a position he held until the Holy Spirit ordered his steps to come to Evangel Cathedral.

During one of his many visits, God answered his prayer request through Apostle Don Meares from the pulpit, by confirming that God wanted him to be planted at Evangel Cathedral.

After the prophetic word from Apostle Don, he became a member at Evangel and the love of his life Diane and their four children Joshua, Jaden, Joel and Jesslyn also joined him at Evangel 15 years ago.

After becoming a member of the Evangel family, he served in the Usher, Hospitality and International ministries for over 10 years.

In 2017 Elder Francis was ordained as a Pastor at Evangel by Apostle Don. He assisted with the opening of EC houses of love home groups and performed hospital and home visitations, baby naming ceremonies, children dedications, funeral eulogies and also administered the Holy Communion.

In November 2017 and August 2018 Elder Francis had the opportunity to travel with Apostle Don to Ghana at the invitation of Archbishop Duncan Williams.  These trips gave him the privilege to meet great men and women of God, an experience he will never forget.

To Elder Francis, the greatest things in his heart for this local assembly is to love, serve and intercede in prayer on behalf of his brothers and sisters. For the bible says in Galatians 3:28; There is neither Jew nor Gentile, neither slave nor free, nor is there male and female, for you are all one in Christ Jesus.